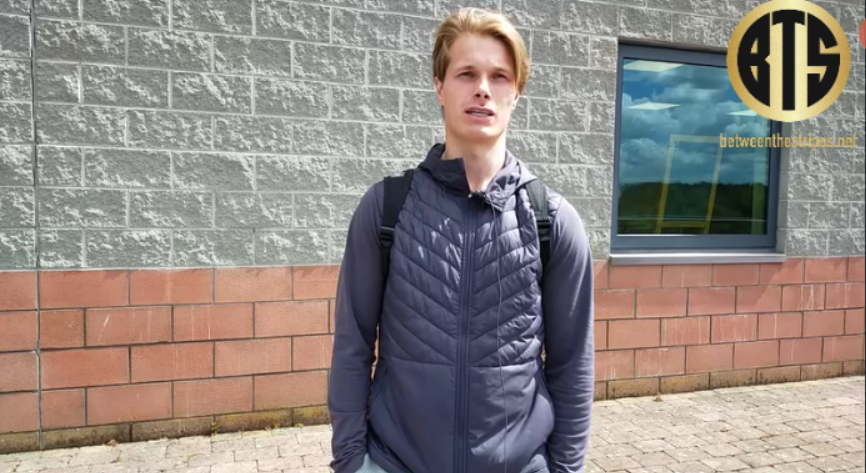 After a bruising encounter with Longford Town on Monday night, Dundalk must pick themselves up and turn the focus onto a crucial home tie with Sligo Rovers who currently sit six points clear of last season’s FAI Cup winners. It was entertaining fare for the neutral at Bishopsgate on Bank Holiday Monday as viewers on WATCHLOI were treated to four goals, two of which went Longford’s way inside the opening fifteen minutes after a slow start from the Lilywhites.

Dylan Grimes and Rob Manley were the latest opposition players to benefit from some less than convincing play between the sticks by a Dundalk goalkeeper with Peter Cherrie the latest culprit after two horror moments in the Midlands on Monday. Critical errors from Albanian Alessio Abbibi earlier in the campaign has seen Cherrie earn an opportunity under caretaker manager Jim Magilton in recent weeks with all eyes on who the Northern Irishman selects for Friday’s game at home to Sligo Rovers.

Despite the clear lack of confidence and form being carried into the game by both Abbibi and Cherrie, defender Daniel Cleary insists it is unfair to point fingers at any one individual for the eleven goals conceded so far this season (only four sides have conceded more).

“No, you can’t just blame the ‘keepers, our performances all round this year haven’t been good enough and in some games they’ve (the goalkeepers) have dug us out even the other night Peter Cherrie pulls off an unbelievable save in the second half to keep it at 2-1 so it’s just the errors all across the team that has cost us goals, I don’t think any team has really cut us open it’s been little errors here and there but once we cut those out of our game I think we’ll give ourselves a better chance.”

Having tasted the sweet success of two league titles and an FAI Cup triumph in his time at Dundalk this is slightly new territory for former Liverpool youth Cleary who admits he takes every goal the team concedes personally.

And Cleary was certainly left feeling the pain in the opening quarter of Monday’s game with Longford striker Rob Manley proving to be a real handful for the likes of Cleary and his defensive partner Andy Boyle. Cleary, who also spent time at Birmingham City before his move to Dundalk, was quick to offer Manley and his Longford teammates credit for Monday’s performance.

“They came out of the traps quick, we were expecting it from them but we just couldn’t get a hold of ourselves for the first ten or fifteen minutes but once we settled into the game we did well.”

“Obviously it was a bad start but we did well to claw it back to 2-2 and we probably should have nicked it in the end but they’re a good side they’re well set up.”

Cleary played a role in getting the Lilywhites back into the game against the newly-promoted side on Monday as he got on the end of a sublime Michael Duffy corner prior to Junior applying the finishing touch to get the Lilywhites onto the scoresheet. Clearly was again quick to pay credit to Duffy for the quality of his dead-ball deliveries in the last match but the defender insists it’s an area Dundalk should be excelling in given the quality and height within their ranks.

“That’s something we should be improving on (set-pieces), I don’t think we’ve scored enough this year but I think we are improving on it and working on it in training so I think they’ll come.”

“I probably should have scored one myself just after the first goal but we did look dangerous on Saturday and Michael Duffy’s delivery was unbelievable so that’s definitely something we can improve on.”

The fact remains that Dundalk have only kept one clean sheet in 2021 and that was a fortunate one in the 3-0 win away to Waterford who hit the woodwork on multiple occasions in a far less convincing performance than the eventual scoreline would read. Dundalk were probably fortunate to come away from Sligo with a point on the opening day after a late offside call went against the “Bit O’red” who have since won four games and only suffered one defeat to leave them sitting clear of the Lilywhites ahead of their second meeting of the campaign.

When asked if Dundalk had improved as a team since the opening game or if progress was still slower than perhaps ideal Cleary was adamant last season’s Europa League group stage participants had come on as a unit.

“I think we’ve definitely improved since then, obviously, we’ve changed formation a few times for different teams but I definitely think we’ve become a better team since then and we’ll look for another win on Friday.”

Dundalk v Sligo Rovers is live on WatchLOI at 7.45pm.