I want to be very clear from the start of this piece I am personally in the Pro Stephen Kenny group and a big supporter of what he is trying to achieve. Irish football, root, and branch is currently at an all-time low for many different well-documented reasons. Positive change is needed which is why I, like many people are hoping that Stephen and his coaching staff can bring a smile back to Irish football which hopefully will be the start of a healing process our beloved game so badly needs.

From my own perspective, I thought it would be interesting to have a look back on the last three games we played against Serbia, Luxembourg, and Qatar. Please DON’T, I hear you scream!

I think it is fair to say the three teams we played over the last week don’t roll of the tongue as giants of international football yet we have managed to concede five goals in those three games, what is even more alarming is the manner in which those five goals were conceded.

I run the risk here of been labeled a dinosaur for using possibly the most offensive word not in the modern-day coach’s vocabulary, defending! Too many Coaches are so focused on their attacking principles and the aesthetics of possession-based football the art of defending is been lost and our international team is paying the price. If defensive organisation is not part of the new Irish philosophy, we will continue to be an easy touch not just for the giants of international football but alas also the so-called minnows.

Goal one versus Serbia, when preparing against a team who defend in a low block you would be working on a series of combination moves to penetrate a compact defence, switches of play to shift the defence, and open gaps to exploit.

For Serbia’s first goal the Irish team were set up in what looked like a 1-5-2-3 Low defensive block, that’s all 11 players behind the ball, yet it only took two passes and a header to breach the entire Irish team which at this level is scandalous. Why? Well, there are a lot of reasons. I would argue I press my shirts better than any of the trio of Connolly, Robinson and Brown pressed the Serbian players. Brown’s lack of aggression allowed Luckic the time and space to easily execute the first pass. Only Matt Doherty can tell you why he deemed an inanimate corner flag more of a threat to the Irish goal than the Serbian winger who played the second pass. He should have been in a midfield position where he could have prevented, intercepted or affected the quality of the pass which caught Ciaran Clarke flat-footed as he failed to identify the pending danger leading to him losing an important aerial dual while OShea and the skipper Colman were both caught ball watching allowing the scorer Vlahovic easily run between them to score.

The second goal was something I genuinely would not expect to see at a junior game let alone at international level. It took less than 12 seconds for Serbia to score from an Irish Goal kick that was played long by young Travers!

There are three real most likely scenarios you prepare for when your goalkeeper hits a percentage high ball down the middle of the pitch from a goal kick, your centre-forward will hold the ball up and bring others into play, he will flick it on for a runner in behind or your midfield and defence prepare to battle for the second phase. It appears our players prepared for scenarios one and two because our reaction and organisation for the second phase after the Serbians won the first header was abysmal as that headed clearance took seven Irish players out of the game leaving our centre-backs in a 3v3 scenario. Once again Clarke misread the flight of the ball as he competed in another losing aerial battle that took him out of the game and left O’Shea 1v1 with the clinical Mitrovic who ruthlessly punished a poor error of judgment by young Travers in the Irish goal.

A quick look at this goal and we can see so much naivety and disorganisation in relation to our five midfielder’s ball watching and moving up the pitch in a flat line with no Depth even though there are three Serbian attackers behind them.

The third goal was again the Serbians ruthlessly exposing the naive Irish defensive shape. I don’t know what the tactical thinking is in relation to a 1-5-2-3 Defensive shape. To allow your team to be overloaded in midfield at the top level of the game will only end in one way and it is rarely a good way. Ireland had been giving a warning earlier in the game when Milinkovic exposed the space in midfield by shooting narrowly wide when the score was 1-1 yet we never adjusted to that warning and would pay the price. The role of the wingbacks or the front three in this system has to be seriously reviewed by the Irish coaching staff when we are in transitions.

The questions asked for this goal, are how does Cullen find himself in a 2v1 battle in the centre of the pitch twenty yards from the edge of our box. Why is Hendrick standing 15 meters away watching him and why is Matt Doherty not straining every muscle to get narrow and help the young midfielder, and why does Alan Brown believe it is below him to be part of the process of us winning the ball back. To allow a player of Tadic’s quality the time and space on the edge of our box to pick a pass is absolutely borderline criminal at this level of the game, I couldn’t believe what I was seeing then and I still can’t believe it now. Yes, we can go on about Clarke losing another important aerial dual but the real issues go so far beyond that.

The Luxembourg game afforded the Irish team the opportunity to right the wrongs of the Serbian game by reviewing the system and altering our transitions to defence to prevent easy shooting or passing opportunities in the middle of our goal with no pressure on the ball. It took Luxembourg three minutes to exploit the space in midfield when Thill was given the freedom of the Aviva pitch to fire a shot narrowly wide as once again our two midfielders were been asked to do the impossible while Enda Stevens encapsulated the transition to defend mindset displayed in the previous game against Serbia. My biggest worry is that a team like Luxembourg had identified this area of weakness in the Irish setup and had almost scored from it within three minutes.

The second area of weakness that Luxembourg clearly identified was how poor we are at picking up second balls when the ball is played long and once again, we were afforded a warning though not punished, thanks to Goalkeeper Bazunu who done brilliantly to keep out Rodrigues outrageous lob from 30 yards. Bazunu would have to be at his best later as Thill was again afforded the freedom of the pitch before the young goalkeeper made another excellent stop. The warning signs were clear, we needed to adapt tactically before the inevitable happened, we didn’t and we paid the consequence.

The Luxembourg goal itself was again down to our inability to perform the basic elements of dealing with a high ball and the second phase after that. A poor clearance by Seamus (Coleman) that had no height or direction (because he chose to use the outside of his boot instead of his instep) led to a second ball battle that we again lost, while Steven’s reaction seemed more that of a left-back than a centre-half, his indecision prevented him from closing down Rodrigues and the rest is history.

The Qatar game although a friendly was another opportunity for us to observe if the lessons learned from the previous four goals conceded in the two previous games had been heeded and we were prepared to alter our transitional shape to make us more difficult to beat. It took Qatar 1 minute into the second half to score a goal that is now all too common against this Irish team. Qatar midfielder Alli ran approximately 40 meters with the ball at his feet, to the edge of our box completely unchallenged and passed to strike partner Muntari who received the ball on the edge of the Irish box with his back to goal. Muntari was inexplicably allowed to receive, turn and shoot into the net without any pressure been applied by any one of the five Irish players in the vicinity around him.

At this stage, it is not clear if players are following instruction or this is their personality, either way, if it continues we are in serious trouble to the extent Andorra might fancy their chances against us. 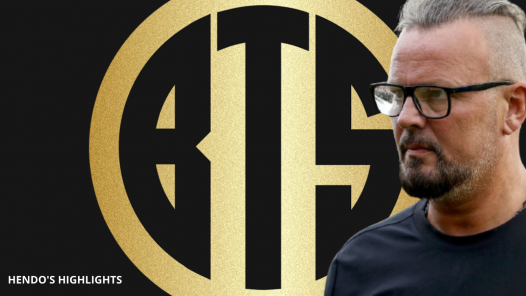 A Conversation About Mental Health

You instilled your passion for football in me A passion all your children embraced with great fervency I will come to your games and offer advice But I warn you now, what I say may not be nice In life as in football you must be willing to learn...

I think It is very sad that whilst we are in the midst of a global pandemic which has and continues to affect so many people in so many different negative ways, a five-letter word is causing such consternation amongst the underage football...