by Between the Stripes
Episode 35

It’s FAI Cup Final week so we speak to two men who know what it takes to lift the famous old trophy in former St.Pat’s star and cup winner with Sligo Rovers Danny North, while Mark Rossiter was part of the last Bohemians team to win the competition in 2008.

We kick this week’s pod off by getting the latest from WLR FM Broadcaster Damien Tiernan after Marc Bircham was sensationally dismissed by Waterford FC on Tuesday morning.

Kieran & Gary also reflect on the final round of games in the Premier Division and look ahead to Friday’s promotion/relegation play-off final involving Waterford and UCD.

A bumper edition of the show not to be missed! 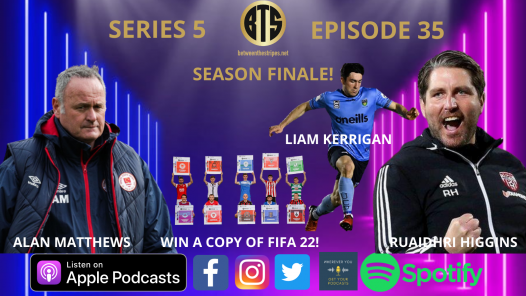 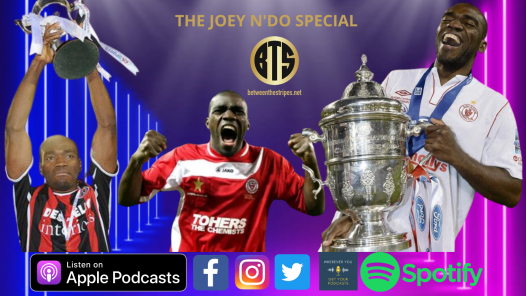 We bring you an exclusive 90-minute interview with one of the League of Ireland’s greatest ever imports as the legendary Joey Ndo sits down with Kieran Burke to discuss his life in the LOI, his passion for coaching, and his unique commentary...