by Between the Stripes
Episode 26

On this week’s show, we’re joined by the head of sport at TG4 Rónán Ó Coisdealbha to discuss the groundbreaking WNL broadcast deal as well as the potential for a LOI TV deal on the Irish language station.

Craig Colgan from the Press Box delves into the on and off-field crisis at Dundalk while Maynooth University Town player Cillian Duffy looks ahead to the FAI Cup quarter-final with Bohemians.

Meanwhile, Kieran and Gary have a strong discussion on the state of refereeing within Irish football after another weekend full of controversies. 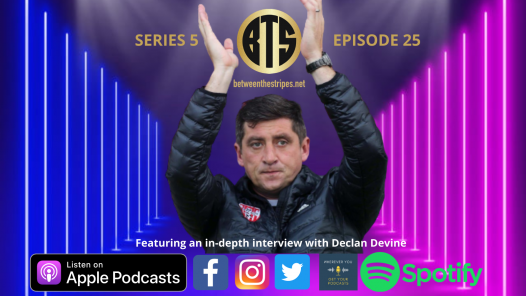 On this week’s show, we sit down for an in-depth chat with Declan Devine on the good & bad times of his Derry City tenure, taking a break, wanting back into football, working with Stephen Kenny, the negativity surrounding his former boss... 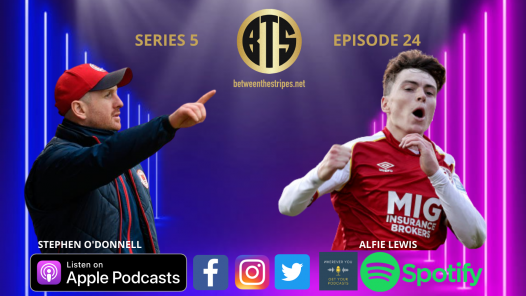 After a week away we’ve got plenty of catching up to do with a 2-hour podcast bonanza as the lads react on the full-time whistle to Portugal v Ireland, we look back at an action-packed FAI Cup weekend and all that came with it including off... 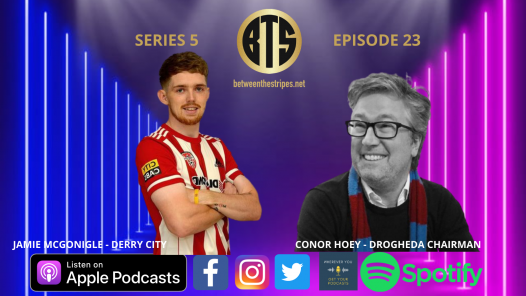 New Derry City striker Jamie McGonigle chats to us fresh off his winning penalty v Dundalk on Sunday while Drogheda United chairman Conor Hoey sits down for a thought-provoking chat on how to bridge the divide between the LOI clubs in receipt of...

Another all-action show as Kieran, Jon & Gary look back on the weekend’s games from BOTH DIVISIONS and preview the upcoming round of domestic matches as well as this week’s European games involving Irish sides. Longford Town boss...